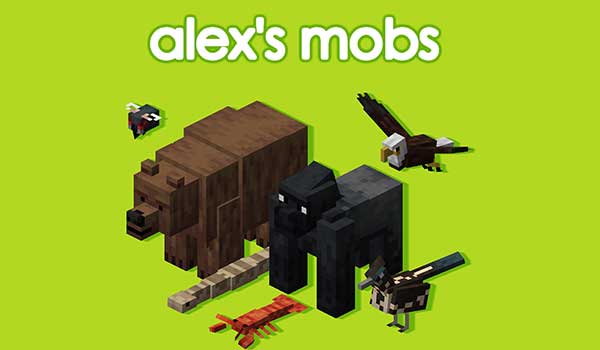 A lot of new real animals and fantastic creatures.

Alex’s Mobs 1.19, 1.18.2, 1.17.1 and 1.16.5 is a mod that focuses on generating new creatures, both peaceful animals and fearsome hostile creatures. At the moment the mod is capable of generating a maximum of 57 creatures. Most of them are animals based on real species, but there are also fantastic creatures.

As soon as we start the game with this mod installed, we will receive a book called Animal Dictionary. This is the guide that will show us each and every one of the new creatures, as well as information about the usefulness of each creature and the objects that will be released when they die.

How to install Alex’s Mobs Mod for Minecraft?