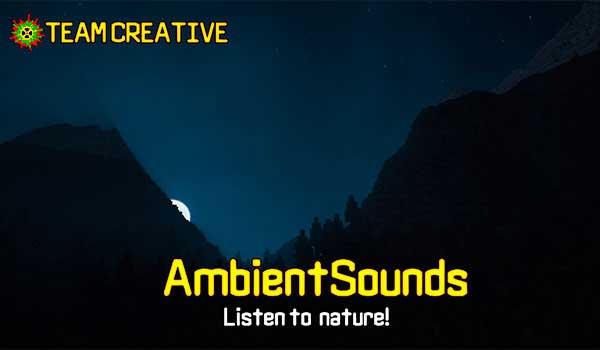 Ambient Sounds 1.19.1, 1.18.2, 1.16.5 and 1.12.2 is a mod that aims to increase the realism and immersion of players through improvements in the sound system. To achieve this, this mod adds new atmospheric sounds and modifies some of the default sounds to convey a greater sense of realism.

Let’s see some examples. In the forests we can hear the birds singing, the sound of owls at night, the crickets screeching in the plains biomes, the roar of the wind in the hills of the mountains, reverberation in the caves and the croaking of frogs in the swamps, among others.

In the following video you can see some examples of the new sound effects and sounds mentioned above.

How to install Ambient Sounds Mod for Minecraft?