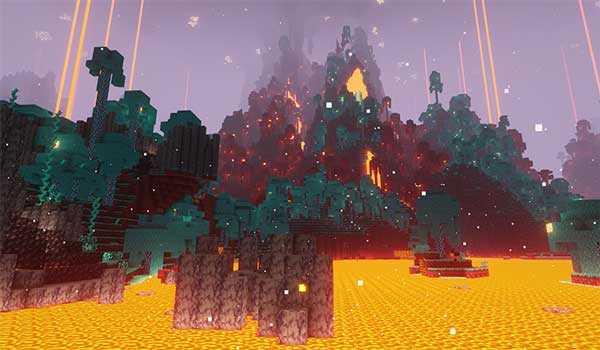 Amplification of the Nether, with a higher world, new biomes and large mountains.

Amplified Nether 1.19 and 1.18.2 is a mod that focuses, as its name suggests, on amplifying the Nether dimension. To achieve this, the mod increases the height of the dimension up to 256 blocks in height. In addition, the mod also completely modifies the terrain generation.

Another feature on which this mod focuses its efforts is to bring the mountains that were seen in the Nether update trailer, but did not finally become part of the game. In the same way the mod adds new, and varied, biomes to the warmer dimension of Minecraft.

How to install Amplified Nether Mod for Minecraft?