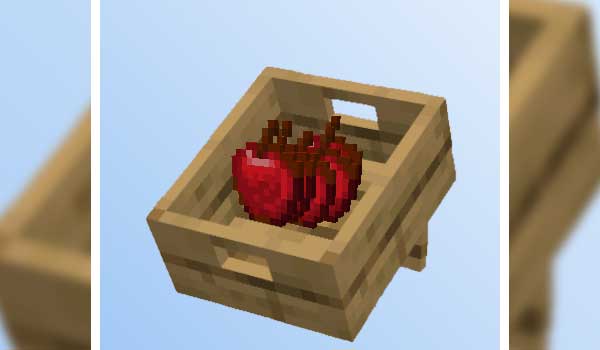 Apple crates, which will function as stores to sell anything.

Apple Crates 1.19.2 and 1.18.2 is a mod that adds the possibility of making wooden crates, but not just any type of crate, but the typical wooden apple crates. In these wooden boxes we will be able to place any object of the game, not only apples, since the idea is that they serve as stores.

These wooden boxes can be made with any type of wood, which will give a color or another to the box, depending on the type of wood from which it has been manufactured. To see how the store works, although it is very simple to operate, it is better to watch the following video.

How to install Apple Crates Mod for Minecraft?