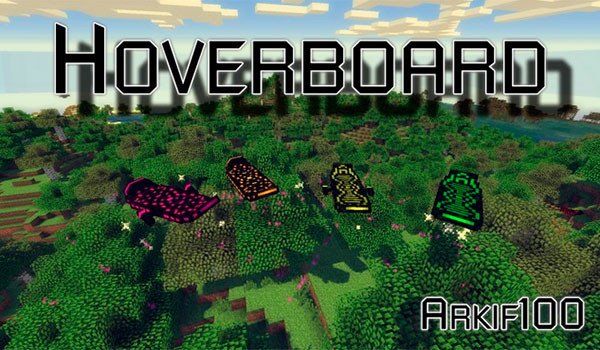 Would you like flying to the skies on a hoverboard in Minecraft? Then pay attention to this mod.

To start creating the hoverboards, we create a new crafting table. The hoverboards allow us to transport objects as if it were a chest. To fire the missile hoverboard you must press the “R” key. The hoverboards consume fuel and may even stop working if they reach a certain temperature, then they stop flying until cool.

How to install Arkif’s Hoverboard Mod for Minecraft?