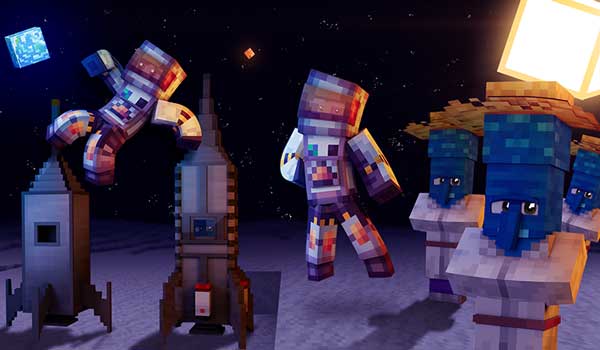 It’s time to create a space station, a space rocket and visit the Moon, Mars and Mercury.

Beyond Earth 1.18.2 and 1.16.5 is a mod that offers the possibility of exploring far beyond the default biomes and dimensions of Minecraft. With this mod we will be able to build space stations and special rockets with which we can explore the Moon, the planet Mars and Mercury.

Although it may seem strange, before building our space rocket, we will have to build the space station, since without it the rocket will not be able to go anywhere. Our first trip out of the planet will be to the space station, from there to the Moon and the rest of the available planets.

If we want to survive on the Moon, Mars or Mercury, we will have to build a base of operations. This base will require the installation of oxygen systems, through the use of various types of machines, to be able to breathe. We will have to manufacture space suits, and landing gear among other things.

How to install Beyond Earth Mod for Minecraft?