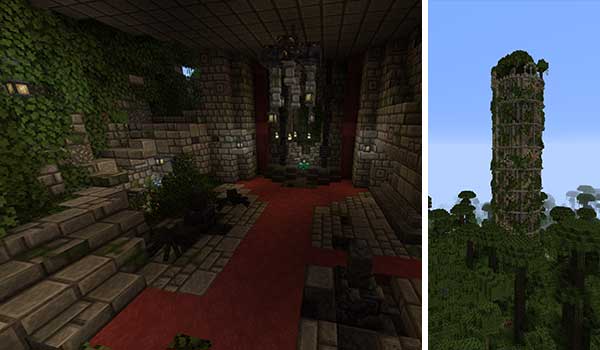 Towers full of enemies and treasures are back.

BrassAmber BattleTowers 1.18.2 and 1.16.5 is a mod that will generate towers of great height around the world. These towers will function as dungeons. Inside them there will be several floors, enemy generators and hidden treasures, among other things.

This mod has been created inspired by Battle Towers Mod, which has not been available for the current version for quite some time now. In this re-release, mechanics have been expanded, new enemies have been added, new towers and, of course, the mythical Golem on top of the towers.