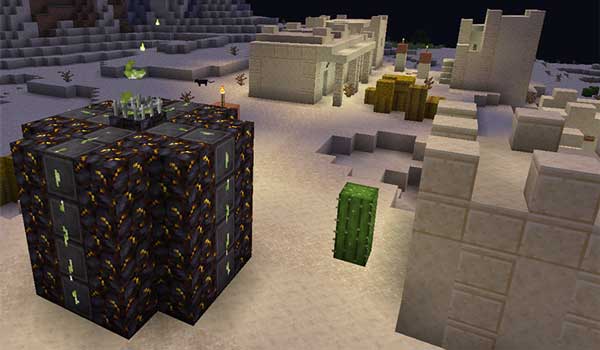 No more filling the world with torches to avoid the generation of hostile creatures.

Brazier 1.16.5 is a mod that will allow us to build a new structure whose functionality is similar to that of the channelers, conduit in English, and beacons, beacons in Spanish. That is to say, to prevent hostile creatures from being generated within their range of action, so no more filling the world with torches.

Each block of height in a Brazier will cover an area of ten blocks around the structure, with a limit of up to ten blocks in height. Therefore, with this structure we will be able to prevent the generation of hostile entities in a maximum area of one hundred blocks around it.

In the upper central area of this structure we will have to place the “Brazier”, which is made by using an object called “Living Flame”, which is obtained by defeating the Crazed, a crazed Illager that will be generated in the “Woodland mansion”.

If we want our farms not to be affected by the Brazier, we can use cursed ash. Finally, once the Brazier is activated, we will be able to light a torch with its flame, which will allow us to see the action limit of the Brazier.

How to install Brazier Mod for Minecraft?