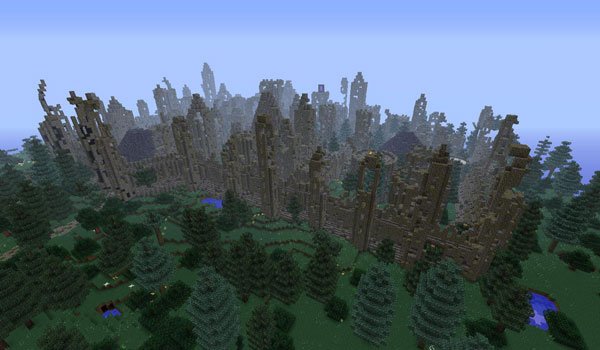 Here is another mod reawaken by a modder.

City, Wall and Ruin Generators 1.7.2  is a new update of 3 mods that stopped updating long time ago and that a modder has combined to use this 3-pack mods in one installation.

These three mods were:

The three generators are part of this mod, which will generate rough areas full of constructions, whether walls, ruins, cities or all together in one area. In addition spawns all, both on the surface of the world, as in the Nether, or underground

There isn’t a video of the three mods working together, but here you can see the result of the city generator:

How to install City, Wall and Ruin Generators Mod for Minecraft?