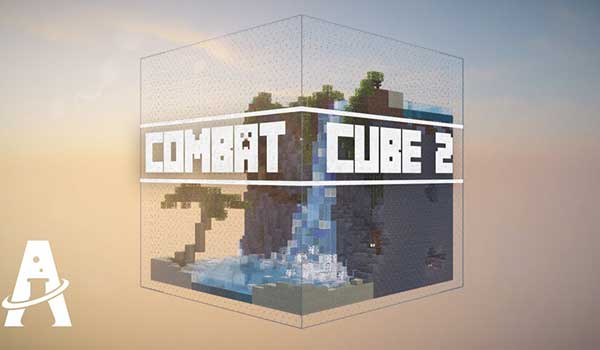 Combat Cube 2 is a PvP (player vs. player) map that offers us sixteen arenas, inside crystal cubes. Inside these crystal cubes several players will appear, so we are talking about a multiplayer map, and our mission will be to kill them and become the only survivors.

The idea behind this map is to offer us combat arenas of frenetic rhythm and chaotic fun. This map can be played as single players, in multiplayer against other players, or forming teams with the players present on each map.

This map is designed to be played with a texture pack specifically developed for the occasion, so you will find it in the installation process, in the lower area of this publication.

How to install Combat Cube 2 Map for Minecraft?