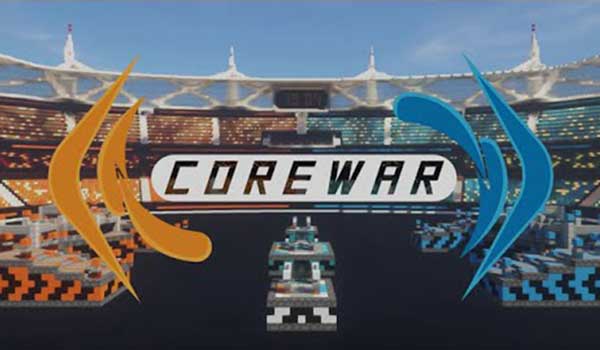 Destroy the opposing team’s core without falling into the void.

CorewarMC 1.19, 1.18, 1.16 and 1.12 is a PVP map with scenarios designed to confront two teams within an arena formed by structures in the air, or rather, suspended in the void. Each team will have blocks and Redstone in its base with which to create defenses and prepare offensives.

After dying, either by falling into the void or by the attack of any player, players will access a supply store where we can defend our base or sneak into enemy territory. Dying gives a purchase point to all enemies, so forget about suicide in a pinch.

The center of the map is an important place, because there we will find resources and interesting objects. Although there is no player limit to enjoy this map, its creator recommends team confrontations between three and five players per team.

The objective of the two teams is, obviously, to destroy the core of the opposing team. Every five minutes of play the respawn time of the players increases by 5 seconds, reaching a maximum respawn time of 30 seconds.

How to install CorewarMC Map for Minecraft?