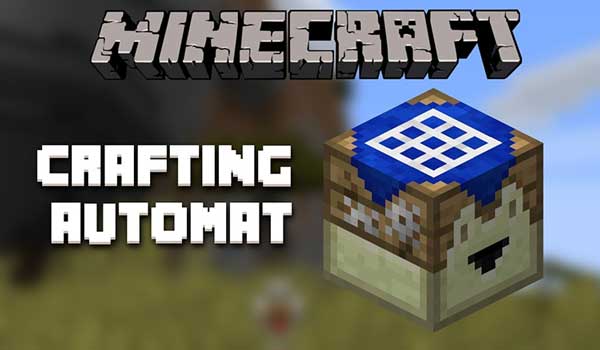 You can now enjoy automatic block and object making.

Crafting Automat 1.18.1, 1.17.1, 1.16.5 and 1.12.2 is a mod that adds a single block to the game, called Crafting Automat. This block will allow us to automate the task of making any block or object in the game, saving the recipe previously in this new block. For this block to perform its functionality it needs to receive a signal from redstone.

Although it works very similar to a crafted table, it also adds functionality from other blocks such as the dropper, because after making anything it will throw it out. This new block offers compatibility to work with several blocks and objects, so we can join it to a chest to store the manufactured object.

How to install Crafting Automat Mod for Minecraft