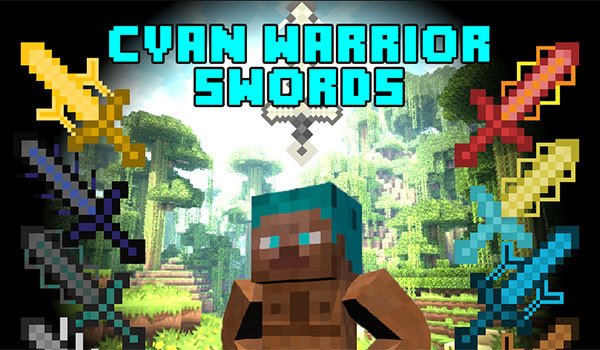 Cyan Warrior Swords 1.16.5, 1.15.2 and 1.12.2 offers us the possibility of making a new set of swords, which will have special abilities. At the moment the mod allows us to craft a total of thirty-one new swords.

How to install Cyan Warrior Swords Mod for Minecraft?