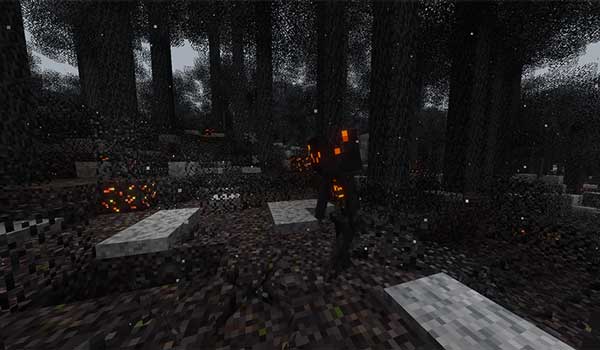 Desolation 1.16.5 and 1.15.2 is a mod that focuses on the generation of a new biome, called “Charred Forest”, and several variants of this same biome. This biome is also home to the two new creatures added by this mod, called Blackened and Ash Scuttler.

This biome will also generate two new resources, the Ash and the Cinderfruit, as well as a new type of wood, with which we will be able to make the usual wooden building blocks. These new resources will allow us to make a new set of equipment for our character and new potions.

How to install Desolation Mod for Minecraft?