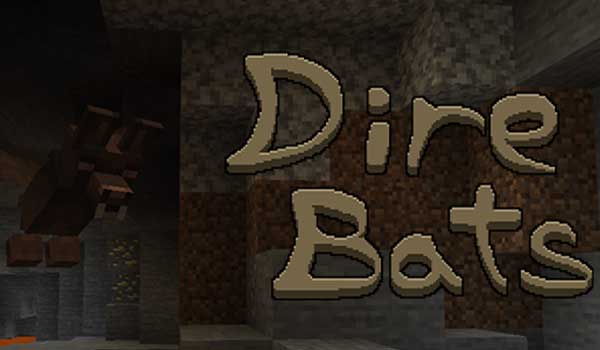 A new species of bat, a lover of darkness.

Direbats 1.16.5 is a mod that adds a new bat variant to the darkest Minecraft caves. Still, on full moon days these new bats can be generated on the surface of the world.

The attacks of a Direbat will produce a blinding effect on the entity hit, for a period of five seconds. Another characteristic of these bats is that they will be able to steal our objects with their claws.

Direbats will release fangs when they die. These fangs can be combined with an arrow to obtain Direbat arrows, which are used in the same way as normal arrows, but will cause 15 seconds of blindness to the entity hit.

How to install Direbats Mod for Minecraft?