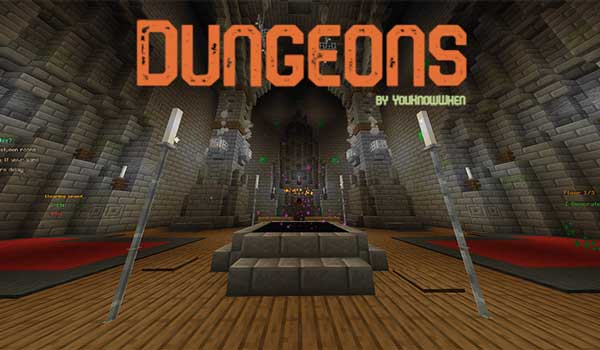 Dungeons Map 1.17 and 1.16 is a dungeon exploration map inspired by games like Enter The Gungeon or The Binding of Isaac. The map features over 103 new items, including weapons, spell wands and armor pieces. The map also contains seventeen new enemy types, five bosses, two levels and twenty-four rooms, or rooms.

Our gameplay will begin on floor, or level, number one. If we defeat the boss on level one, we will be able to access level two of the dungeon. All the items we get on level one will be kept on level two. The map has a random terrain generation, which will randomly generate all the rooms, enemies and reward items.

How to install Dungeons Map for Minecraft?