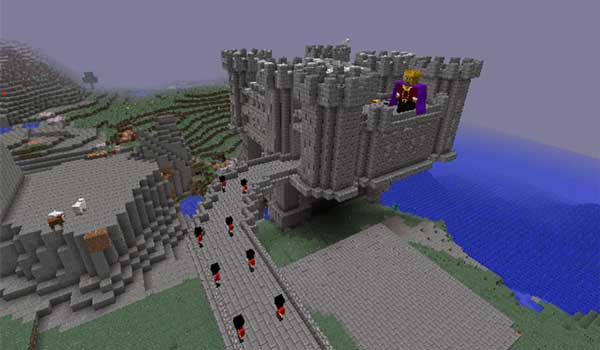 Dungeons 1.18.1, 1.17.1, 1.16.5 and 1.12.2 focuses on exploring the combat potential in Minecraft, adding a large amount of content related to fighting. For example, with this mod installed, we will be able to encounter new dungeons, enemies, bosses and items that will bring new abilities to our character.

Let’s make a small review of some of the things that are added. Seven new bosses, such as The Deserted, The Iron Slime, The Kraken, The King, The Crawler and The Sun. Nineteen new monsters, some terrestrial, some flying and some aquatic.

That without leaving aside the fourteen new objects that we can get during our battles and in the explorations of the new dungeons that this mod adds, which are several. From large castles to small houses.

How to install Dungeons Mod for Minecraft?