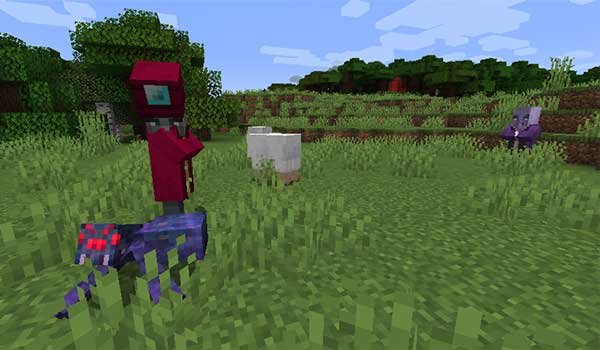 The Enchanter from Minecraft Dungeons in your Minecraft games.

Enchant With Mob 1.19.2, 1.18.2, 1.17.1 and 1.16.5 is a mod that focuses on adding a new creature, called Enchanter, based on the creature, of the same name, found in the Minecraft Dungeons game. This Enchanter will have the ability to provide random enchantments to hostile creatures around it.

Although the Enchanter will have the ability to enchant nearby entities, enchanted entities can also be generated without the Enchanter’s intervention. This new entity will be able to be generated randomly, although it will also appear in the looters’ raids. This feature, together with the presence of the Enchanter, will increase the difficulty in our games, especially in combat.

How to install Enchant With Mob Mod for Minecraft?