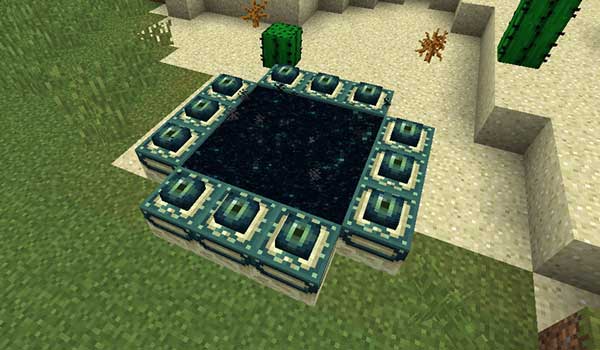 It is worth noting that this mod does not affect the progress of the game, as we will only be able to craft the portal when we have already defeated the dragon. That is, our first trip to the End will be through a portal to the End that has been generated naturally in an Overworld fortress.

Defeating the dragon is crucial, as we will need the egg of the Enderdragon to be able to make the blocks of the portal to the End. As we can see in the following image, in addition to the egg, we will need five Ender’s eyes and three End stones.

How to install End Portal Recipe Mod for Minecraft?