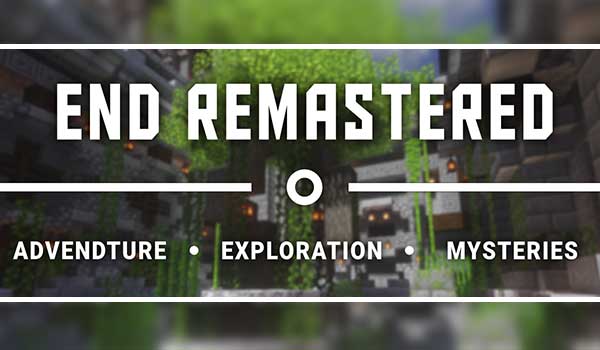 Reaching the End will be longer and more complicated.

End Remastered 1.16.5 is a mod that aims to put the focus on the more adventurous part of the game, increasing the difficulty of the more advanced games. With this mod installed, defeating the Ender Dragon will be a longer and more difficult process than by default.

First of all, before reaching the End we will have to collect eleven variants of Ender’s eyes. To get these Ender’s eyes we will have to explore the structures around the world and face powerful bosses. The mod also generates new dungeons, which come to replace the original fortresses.

If we manage to collect the eleven Ender’s eyes we can choose to launch them to find a portal to the End dimension or exchange them with a villager cartographer, who will give us a map with which we can explore a giant castle.

How to install End Remastered Mod for Minecraft?