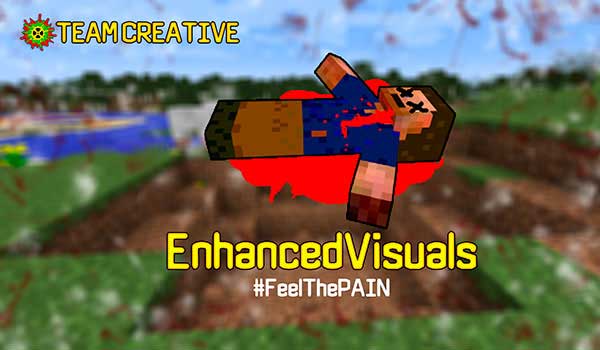 As this sounds a bit abstract, let’s see an example. In the following image we can see a visual effect produced by the explosion of a Creeper. The explosion will cause damage to the character, so blood particles will appear on the screen, at the same time that dust and smoke appear.

Other examples can be experienced during snow or rain storms, as well as during sandstorms in deserts. Check out the video to see some more examples of the new visual effects added by this mod.

How to install Enhanced Visuals Mod for Minecraft?