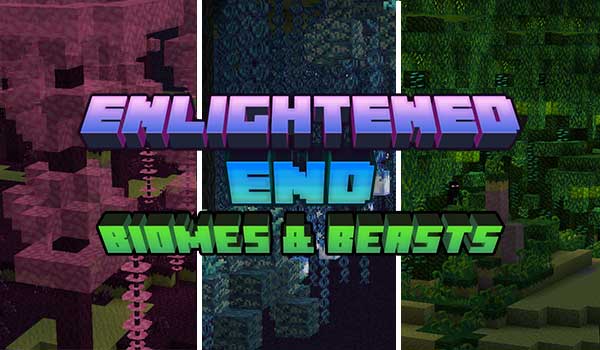 Enlightened End 1.18.2, 1.17.1 and 1.16.5 is a mod that puts its efforts in improving the End dimension, adding a variety of elements with the idea of turning this dimension into a dimension that can be inhabitable, permanently, by those players who want it.

To allow players to live in the End dimension, the mod will add new biomes, creatures, crops, mineral resources, objects and various blocks to this dimension. These new biomes include jungles, forests, while the basic minerals added are malachite and adamantite.

How to install Enlightened End Mod for Minecraft?