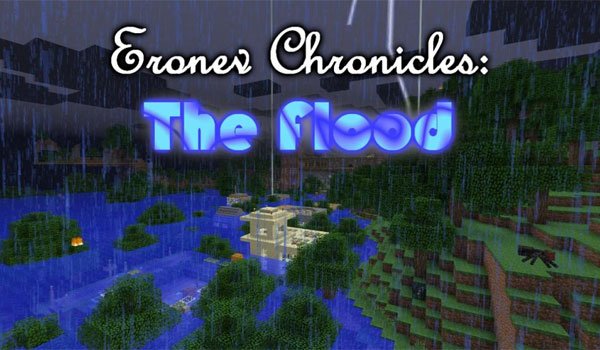 Wel,l here is the third release of the maps based on the people of Eronev.

Eronev Chronicles: The Flood 1.7 is a map of adventure that follows the story of his predecessors adventure maps located in the same place. Mansion Adventure in the first part, while the second part is The Soul Cauldron.

In this third part, as you can see in the title, Eronev village is threatened by a flood that threatens to end the lives of all the inhabitants of these lands.

Will you make it in time to save them or will be too late so you just will contemplate the utter devastation of Eronev?  Hurry up!

How to install Eronev Chronicles: The Flood Map for Minecraft?