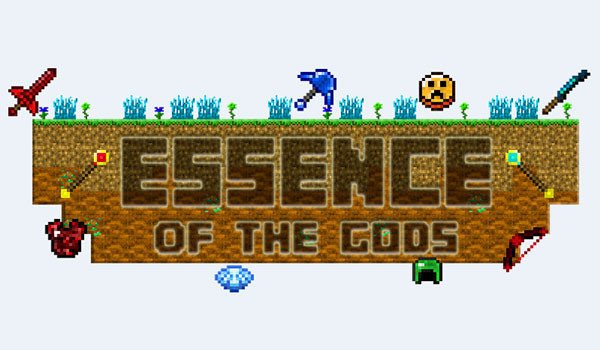 Essence of the Gods 1.8 is a mod that adds a lot of new content to the game, that will allow us to new experiences both in the normal world, as in the Nether or in a new dimensions added by the mod. Besides adding new content, this mod modifies certain visual parameters of the game, such as the position and design of the health bar and food, as well as adding new information on the screen.

Some of the things that we find to start a game with this mod, include 5 new dimensions, new minerals, new character equipment, weapons, new sounds, more than 40 new mobs, both peaceful and hostile, new pets, dungeons, 5 bosses and a host of new decorative and functional objects blocks.

How to install Essence of the Gods Mod for Minecraft?