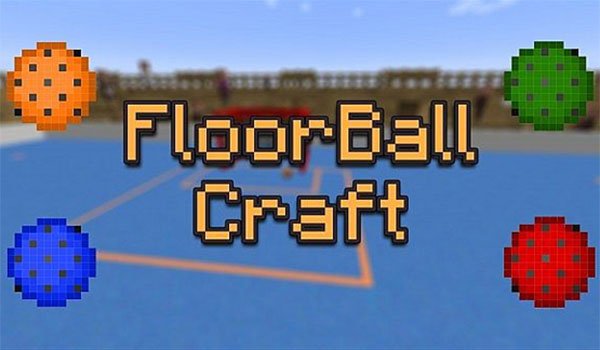 Comes a new sport to play in Minecraft.

FloorBallCraft 1.7.10 is a mod that allows us to enjoy a team sport which nowadays isn’t very known, but indeed it’s entertaining. Floorball is an sport also known as Unihockey. As in the most team sports this game consist in win the opponent team by running in it’s goal.

The mod adds several elements to practice this sport, such as balls of various colors, the goals or the sticks for each player. It also adds new decorative blocks with which we can create our own stadiums.  Or if you prefer to use a deafult stadium, the author of this mod provides the download of the map with a stadium already built.

Additionally, the mod will work on servers, so you can even organize matches and tournaments with your friends.

How to install FloorBallCraft Mod for Minecraft?