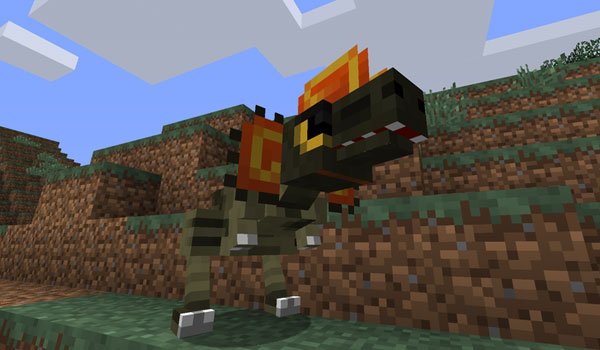 Many were hoping the update of this mod and you’re in luck because a group of modders has taken up this project, which was abandoned by its author. For now this is only an update although plans are to continue developing new things for the mod.

Fossil Archeology 1.12.2 and 1.7.10 is a mod that adds many new elements to the game. Now the world will find fossils and ancient buildings where we find new objects. The mod is based on the collection of these fossils, from which we can extract DNA, using machinery.

This DNA can artificially reproduce various kinds of dinosaurs, some harmless and some quite aggressive, so that the latter have better controlled.

How to install Fossil Archeology Mod for Minecraft?