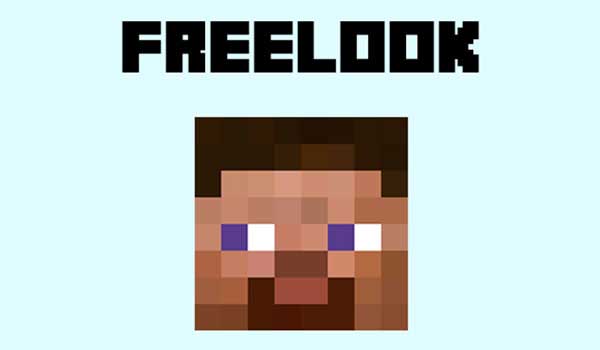 Moving the character’s head, without moving the body, is now possible.

FreeLook 1.19.2, 1.18.2, 1.16.5 and 1.12.2 is a mod that does not add any new element to the game, but it adds a new movement to the head of our character. This movement consists of being able to move the head without moving the body of the character, something that can not be done by default.

As you know, by default, when we move the mouse, the whole body of our character moves. This, beyond a strange aesthetic effect, means that if while we are running we want to look to the side, we will modify the direction in which our character runs.

With this mod installed, the head of our character will be “independent” of the body. That is to say, we will be able to run in one direction while looking right and left, without modifying the character’s trajectory. In the same way, we will see how other players move their heads without moving their bodies.

How to install FreeLook Mod for Minecraft?