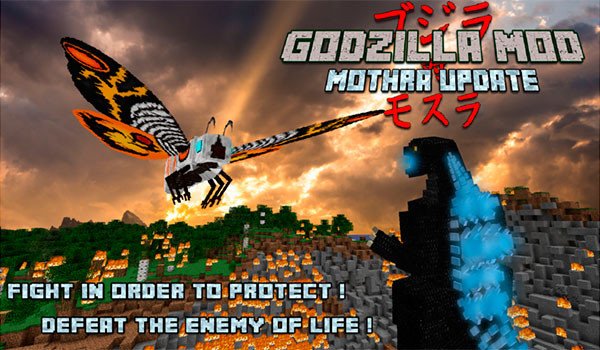 Godzilla 1.7.10 is a mod that you may have guessed how is based on the movie Godzilla. This, adds a mythical being able to shoot rays through the mouth, but not only that, but it also is a new creation based on the film, such as Mothra and King Ghidorah, among others.

To access this dimension we find a map that will appear in the chests of the dungeons.

How to install Godzilla Mod for Minecraft?