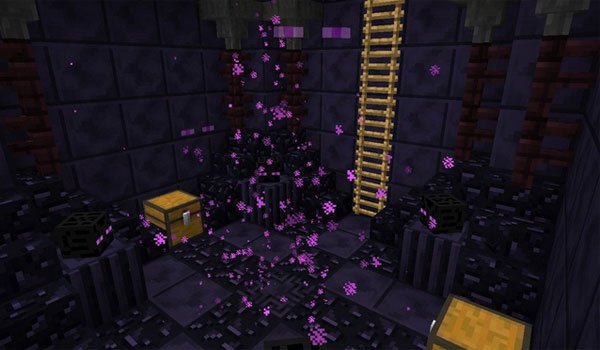 Give some more excitement and potential at “The End” dimension in Minecraft.

Hardcore Ender Expansion 1.7.10 is a mod that might remember another name, as it was formerly known as Hardcore Enderdragon Mod Currently the mod. Now has been changed more than its name and even offers improvements to the dimension of The End, as the predecessor, it also brings news.

Now in this dimension, find new mineral resources that can be used to develop potions and new materials or create decorative blocks. Also find new enemies and bosses and mini-bosses to defeat.

How to install Hardcore Ender Expansion Mod for Minecraft?