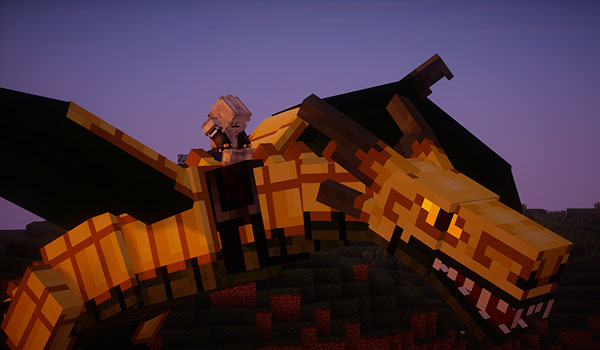 A world full of flying dragons, which we will be able to tame, and many mythological creatures.

Ice and Fire 1.16.5, 1.15.2 and 1.12.2 is a mod that focuses on the natural generation of various types of dragons. These dragons, which have the ability to fly over the world, have great power and will reproduce naturally when they become adult dragons.

The mod will generate fire dragons in warm biomes, although they can be found in most of the game’s biomes. The mod will also generate ice dragons in cold biomes and lightning dragons that will only appear during the night.

Players will be able to fight them, and although it will be hard to defeat them, it will be harder to tame them. Although if we succeed we can fly over the world on our dragon, throwing lightning, ice and fire to our enemies. We can even make armor for our dragon.

In addition to mythological creatures, we can also find new structures, such as giant dragon caves, cyclops caves, mausoleums, goblin villages, lairs and dragon nests. We will also be able to find dragon skeletons that will allow us to make new weapons, tools and armor.

How to install Ice and Fire Mod