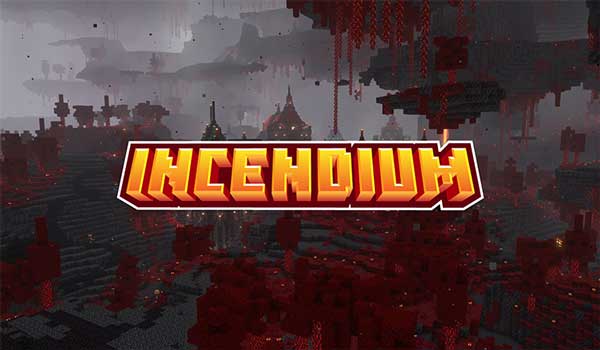 A new, and huge, Nether awaits your arrival.

Incendium 1.19 and 1.18.2 is a mod that aims to completely renovate the Nether dimension, but without adding new blocks. That is, making use of blocks that already exist in the game. Also the terrain generation has been modified, generating irregular mountains, tortuous caves and more.

In addition to this, the mod is responsible for expanding the height of the Nether dimension to 192 blocks high. In this new, and coarse, Nether dimension we will find up to eight new biomes, nine new structures, new creatures, new objects and custom advancements.

Beyond turning the Nether dimension into a larger and more spectacular dimension, another goal of this mod is to increase the difficulty of staying in this dimension. Although achieving it and exploring the dimension will also have rewards, such as the hidden treasures in Nether Reactor, Sanctum and Forbidden Castle, among others.

How to install Incendium Mod for Minecraft?