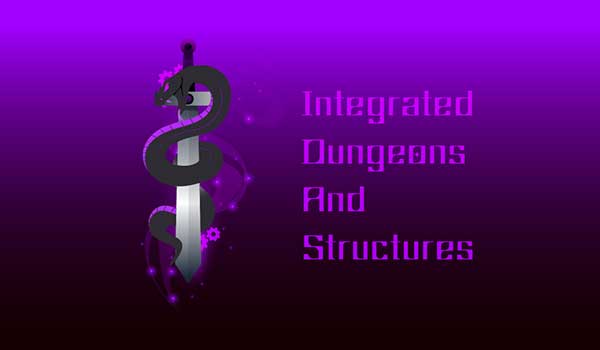 Integrated Dungeons and Structures 1.19.2 and 1.18.2 is a mod that adds a good amount of new structures built from blocks, and inhabited by creatures, from mods such as Quark, Alex’s Mobs and Create. The mod also adds compatibility with the Biomes O’ Plenty Mod.

This mod has been developed to make it possible to generate very detailed structures around the world. But not only that, these detailed structures will function as dungeons, as they will be inhabited by hostile entities that will want to kill our character.

How to install Integrated Dungeons and Structures Mod for Minecraft?