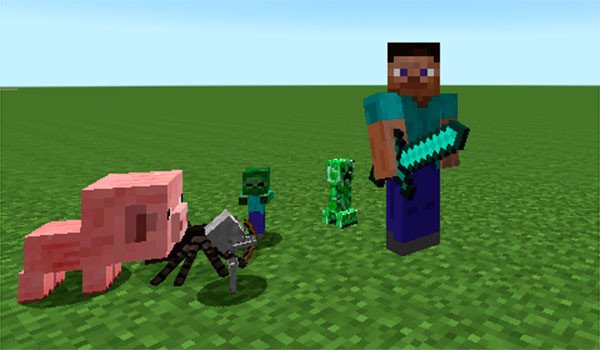 Mini companions who will follow you and defend you from enemy attacks.

Iskall Mini Mobs 1.7.10 is a mod that lets you create small replicas (mini mobs). For now we can not play any animal or mob, but for now we can only create pigs, spiders, zombies, skeletons, and Creepers.

To create embryos, we can find in the dungeons and temples around the world. To convert embryos into beings, we need to create an incubator, and leave them a while until things become “adults”. Once the embryos developed, we right click on the ground to make them appear. From the first moment the mob mini appears in the world, will be our partner and we will defend against attacks of any hostile mob.

How to install Iskall Mini Mobs Mod for Minecraft?