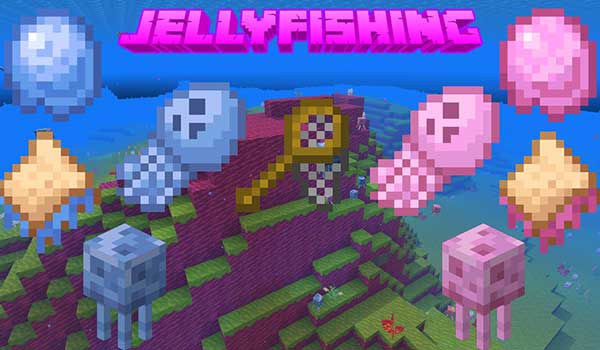 An underwater experience, inspired by SpongeBob.

Jellyfishing 1.16.5 and 1.15.2 is a mod, inspired by SpongeBob, which focuses on the generation of a new underwater biome, formed with new blocks and materials, called Jellyfish Fields. In addition, this biome will be inhabited by new creatures, the jellyfish.

These Jellyfish Jelly blocks work similarly to the honey or Slime blocks, although their effects will be even more powerful than those of the default Minecraft blocks.

How to install Jellyfishing Mod for Minecraft?