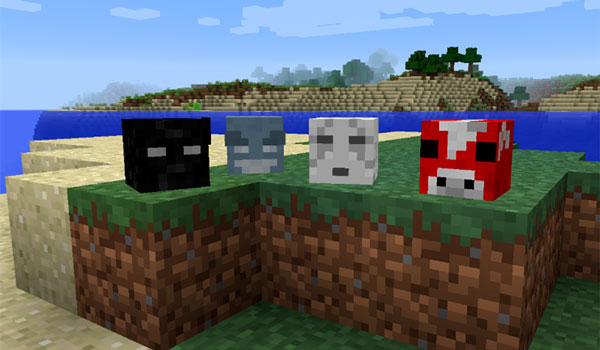 You can now get the heads of any entity in Minecraft.

Just Mob Heads 1.19.2, 1.18.2, 1.17.1 and 1.16.5 is a mod that offers the possibility for players to get the head of any entity in the game, either an animal or a hostile creature. These heads can be collected by players, after ending the life of the entity, and can be placed on any block in the game, as a hunting trophy.

By default, only Creepers, zombies and skeletons can drop their heads if they are killed by the explosion of a charged Creeper. Well, with this mod installed this functionality will be present in the rest of Minecraft creatures. If we want to modify the frequency and the way their heads are released, we will have to modify the mod’s configuration file. If you want, you can also get the heads of other players with this mod, Just Player Heads, which is created by the same person.

How to install Just Mob Heads Mod for Minecraft?