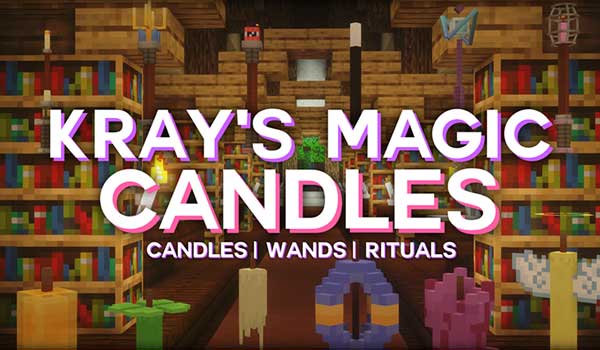 Kray’s Magic Candles 1.18.2 and 1.16.5 is a mod that adds magical candles that beyond being used as sources of illumination, as there are several candle designs, will serve to perform magical rituals of great power and high danger.

The idea is that players can capture the souls of existing creatures to be used to cast powerful spells on our opponents. Players will be able to apply beneficial spells for us or cast evil spells on enemies.

How to install Kray’s Magic Candles Mod for Minecraft?