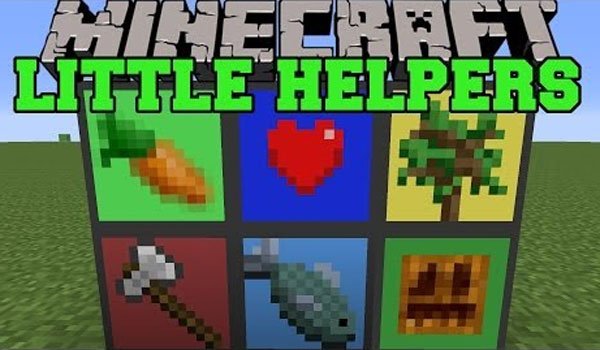 Don’t waist your time taking care of your crops and routine tasks in Minecraft.

Little Helpers 1.7.2 is a mod that adds some different items at our game, which will let us to automate things like planting, growing and harvesting all type of crops. Also both the wood and mineral harvesting can be automated as well as fishing, feeding and breeding in order to get food later on.

Each of this tasks can be automated using new cubes added by this mod. For example, to automate fishing, you have to use the “Fisher” block, attaching to it a chestwith a fishing rod attached, so the block will collecting the fish in the chest. Each cube will automate a different labor.

How to install Little Helpers Mod for Minecraft?