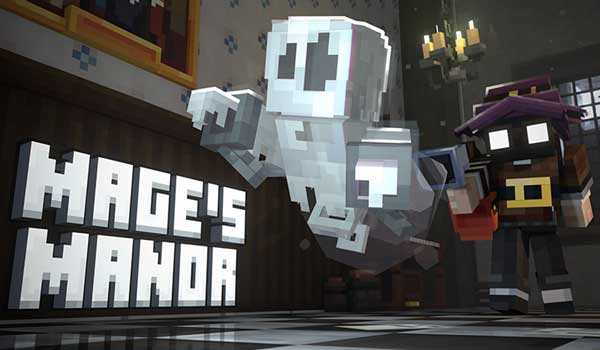 It’s time to find ghosts in the dark.

Mage’s Manor 1.18 and 1.17 is a mini hide-and-seek map that pits two entities, ghosts and mages, against each other. The ghosts seek to hide in the darkness. On the other side are the wizards, whose goal is to find as many ghosts as possible.

Each game starts with the ghosts, who have one minute to hide. The wizards, on the other hand, will have a maximum time of five minutes to find ghosts. Wizards will be able to capture ghosts with a vacuum cleaner, which can hold a maximum of three ghosts. Wizards will be able to empty the vacuum cleaners into the trash cans that appear around the map.

Each game consists of two rounds. After these two rounds, the points will be revealed and the winning team will be declared.

How to install Mage’s Manor Map for Minecraft?