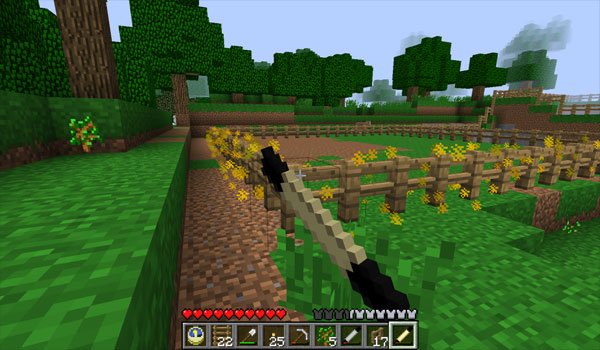 Magic Wands 1.7.10 adds magic to Minecraft through magic wands that will save you a lot of work, especially to clean areas and collect resources.

With this mod you can create up to 6 wands, but actually only three of them have differences, the other 3 ones do the same but spend less.

Another wand allows us to do what we said before, but leaving empty inside (not easy to explain), better we leave you with a video:

How to install Magic Wands Mod for Minecraft?