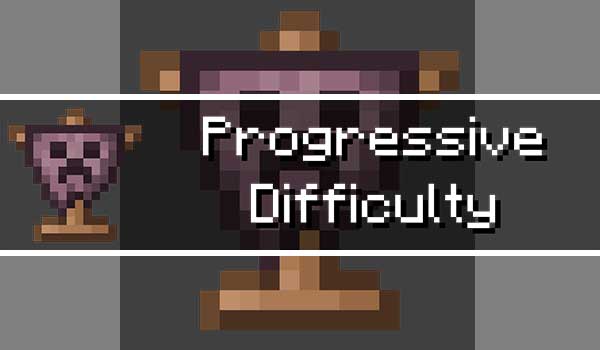 Increased difficulty by completing objectives, as in Terraria.

With this mod installed, and depending on the difficulty of each moment, new game mechanics will be generated. For example, we will be able to encounter groups of enemies, giants and armies of undead, enemies will be able to cause negative effects, and much more.

How to install Majrusz’s Progressive Difficulty Mod for Minecraft?