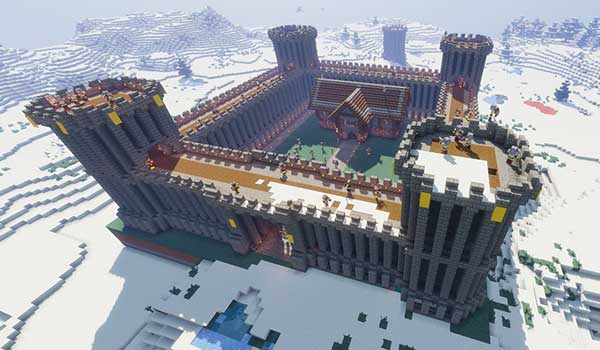 Diverse content to live a medieval adventure in your Minecraft worlds.

Medieval Craft 1.19.2, 1.18.2 and 1.16.5 is a mod that focuses on generating content focused on medieval times. The mod adds diverse content, although we will mainly find new medieval structures, new hostile creatures, as well as equipment items for our character.

With this mod installed, we will be able to craft several dozens of weapons and armor inspired by medieval times. Among them the mythical sword Excalibur. This mythical sword will be generated on a pile of rock anywhere in the world. It is the most powerful weapon added by this mod.

In addition to weapons and armor, we will be able to explore a total of up to seven new structures. Inside, or in the surroundings, of these structures we will be able to meet some of the nine new creatures added by the mod. Among them medieval knights and Vikings, among other entities.

How to install Medieval Craft Mod for Minecraft?