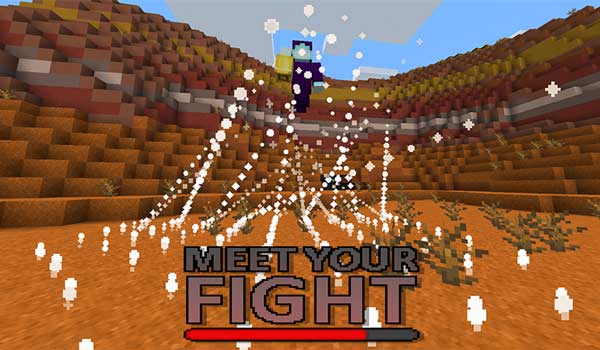 Meet Your Fight 1.19.2, 1.18.2 and 1.16.5 is a mod that puts the focus on fighting, mainly adding new bosses to fight and new items to get. The bosses added by this mod will not be generated naturally in the world, but must be summoned by players.

The summoning process of each of the bosses added by this mod depends on a special summoning element. The way in which players can summon these bosses, using these objects, is very similar to the process proposed by Terraria.

As of today, the mod offers us the possibility of summoning up to three bosses, which are Swampjaw, Bellringer and Dame Fortuna. Each of these three bosses has its own characteristics, statistics and special abilities. Defeating them will allow us to get advances and unique items.

How to install Meet Your Fight Mod for Minecraft?