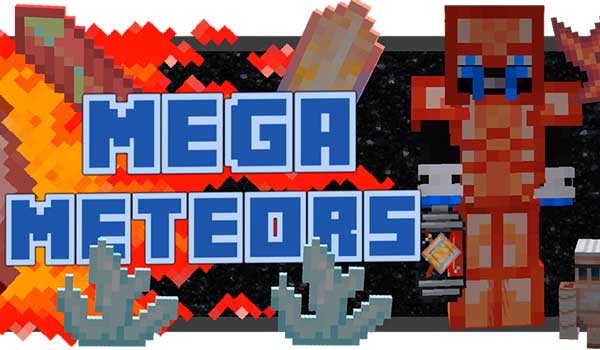 Keep an eye on the sky, because a meteorite could fall on your head.

Mega Meteors 1.19.2, 1.18.2 and 1.16.5 is a mod that adds the possibility of meteorites falling from the sky. We speak of meteors in plural because there are several types of them. These rocks from outer space will create a crater after hitting the surface of our world.

Meteorites will provide us with new mineral resources, with which we will be able to manufacture new sets of tools, armor pieces, nuclear weapons, as well as blocks and functional objects. The mod also adds new, and strange, entities such as the Star Creeper, the Bacon Cow and the Metalite Mini Golem.

How to install Mega Meteors Mod for Minecraft?