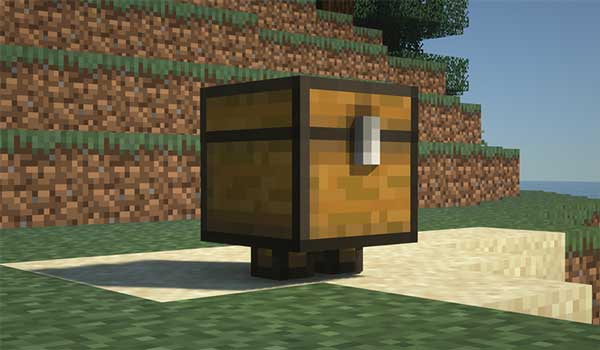 Be careful when opening chests in certain structures, they may not be what they appear to be.

Mimic 1.19.2, 1.18.2 and 1.16.5 is a mod that increases the difficulty and diversity when exploring various structures. Currently this hostile creature can be generated in fortresses, nether fortresses, End city, igloos, forest mansions, jungle temples, dungeons and pyramids.

This mod will take care of generating chests that are not really chests. These chests, called Mimics, will be hostile to our character, although they will be inactive if we do not interact with them. A Mimic will attack when a player tries to open it or when it is directly attacked by a player.

Contrary to what it may seem because of its not very dangerous appearance, the Mimic is a very powerful creature, since inside it houses valuable objects. Players can tame a Mimic by obtaining a “Mimic Key”. On the other hand, we will be able to summon a Mimic with an object called “Mimic Heart”.

How to install Mimic Mod for Minecraft?