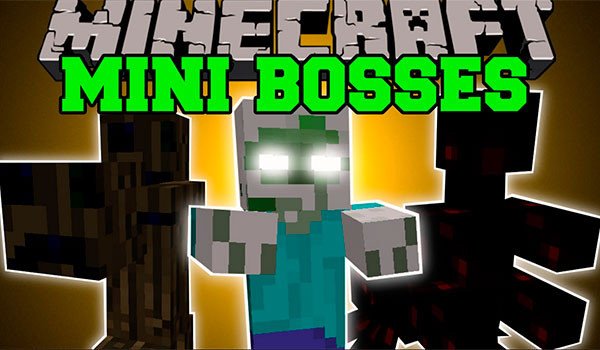 New bosses for your Minecraft Worlds

Mini-Bosses 1.7.10 is a mod that adds new creatures to the game or modifications on some predefined Minecraft’s mobs, such as zombies and spiders. These new enemies are quite powerful, therefore they are considered as bosses.

Although the title of the mod contains the word “Mini” do not be fooled by it, these mobs are hard to kill, so you need to be well equipped to fight with them, including possessing special skills. Once you get to defeat you can get powerful new items and weapons.

How to install Mini-Bosses Mod for Minecraft?