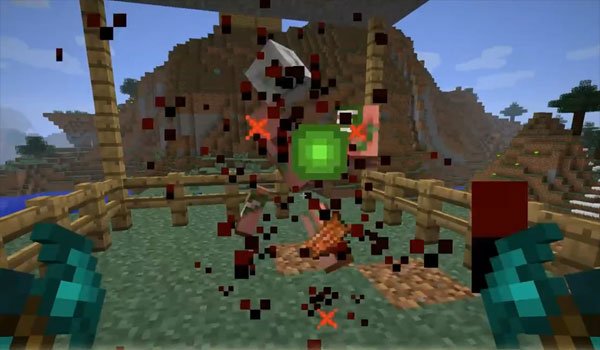 Mob Dismemberment 1.12.2, 1.10.2 and 1.7.10 is a mod that is responsible for increasing the visual spectacle during your battles against enemies, adding two new animations, which are the dismemberment and the appearance of blood particles when hitting the enemy.

These two animations will not be constant, that is to say, there is a certain probability that when hitting the enemy blood particles will appear. The same will happen when killing any enemy, with the possibility of dismembering his body. Check out the video to see it in action.

How to install Mob Dismemberment Mod for Minecraft?