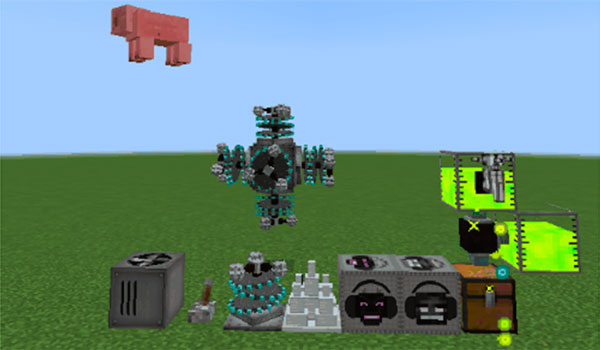 Creating mob farms will be much faster and easier with this mod.

Mob Grinding Utils 1.19.2, 1.18.2, 1.16.5 and 1.12.2 are in charge of offering us several blocks and objects specifically designed to create enemy farms. These blocks and objects will allow us to create farms much more efficient and easier to build than the typical and complicated farms that are usually made without using mods.

With this mod installed we can use various objects, such as an enemy crusher, a fan to push the enemies that are generated to where we want, a hopper that collects the experience that enemies drop when they die and a tank to store that experience, among other things that allow us to create mob farms.

How to install Mob Grinding Utils Mod for Minecraft?