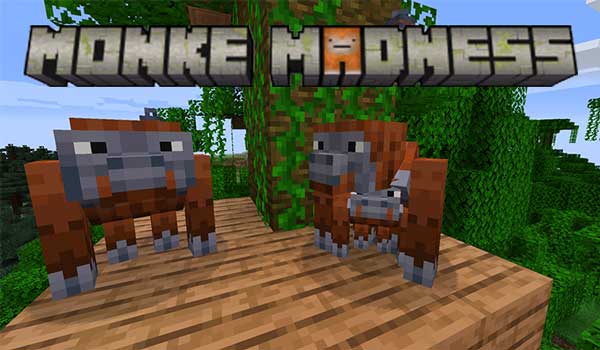 Most of the primates that this mod adds are based on real species, such as orangutans, mandrills, macaques, baboons, lemurs, tamarins, bonobos, hylobatids and, of course, the extinct Gigantopithecus, among other primate variants.

How to install Monke Madness Mod for Minecraft?