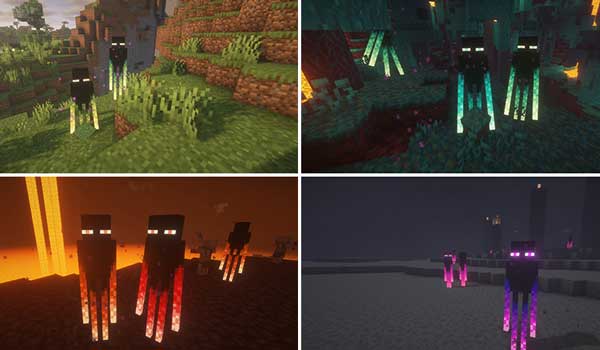 Hostile creatures of variable appearance, with up to four variants according to generation rarity.

Monster Diversity 1.19, 1.18 and 1.17 is a texture pack different from the rest, since here the aim is not to offer a realistic or fantastic design to the elements that are part of the game, but the idea is to offer new variants for the vast majority of hostile creatures in Minecraft.

At the moment the texture pack has the ability to create up to four variants of the same creature. These variants are classified by rarity, from most common to least common we have, Common, Uncommon, Rare and Extremely Rare.

Although the resolution of the textures offered by this package is the same as the default textures, it requires a specific functionality of Optifine that allows “randomness” when generating hostile entities. For this reason it will be essential to install Optifine, otherwise the package will simply not work.

How to install Monster Diversity Texture Pack for Minecraft?