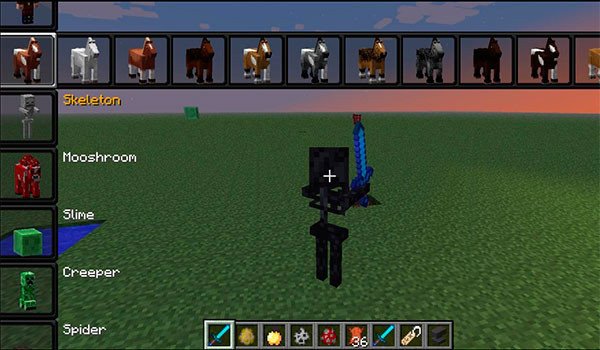 Adopts the appearance and abilities of any mob.

Morph Mod 1.12.2 and 1.7.10 is a mod that allows us to change the appearance of your character Minecraft pudiéndonos convert any being, that is, any animal, any NPC, any mob, or even any being that is added by any mod.

To access the menu where we can change our appearance by any other mob, we must press the “?” or, “¿”.

How to install Morph Mod for Minecraft?